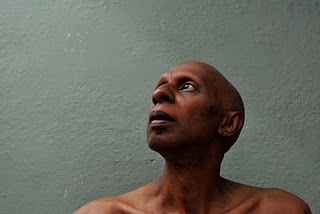 Hebert, Lía and I were the very image of helplessness. We had left Havana after midnight and made our wandering way, finally, to Santa Clara, searching for Ciro and Claudio, whereabouts unknown, who had been arrested in Placetas.

I had only seen him once in passing. I could not imagine that months later I would be on his doorstep, at four in the morning, ringing the bell with all my might. His mother opened: “Good morning, I’m Claudia, I’m looking for Fariñas. I’m from Havana and I think my husband is being detained in the Villa here.”

Coco came down, gave us coffee, lent me the phone, told us about his life, explained how to get to the police station and offered me complete hospitality. How I wish I had his greatness of soul to open the door to a stranger, with such good humor, in the early hours of the morning.

He convinced me to wait until dawn and when I was about to go, he said, “I don’t like the idea of your going to the station alone, let me get dressed.”

I discovered I was walking around town with a star: everyone greeted him, knew him, asked him about someone. From the time I entered his home I had the absolute certainty that with him, nothing bad would happen to me, and he never let me down.

Today we talked on the phone. Or rather he talked, because I could not stop crying while he told me that his eyes and his kidneys hurt, that he fell asleep all the time, and that the pressure was coming closer. I passed the phone to Ciro, ashamed that I wasn’t able to maintain a coherent dialog.

I don’t know what more to say… I don’t want him to die.

6 thoughts on “Solidarity with Coco”