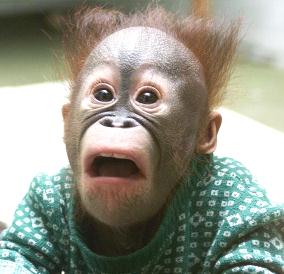 Cuba “Expert”: “What?! You mean Cubans had running water and electricity before Castro?”

The “Cuba-Experts” at NPR report how Russians are visiting Cuba for bemusement (and gratification) while observing the “quaint” condition of the hapless (but nonetheless cheerfully-striving and clowning) natives.

Whoooo-boy!….What a difference 50 years (under Caribbean Bolshevism) makes! Naturally we wouldn’t expect any eminent “Cuba-Experts” to be remotely aware of any of this (it’s not in the hand-outs they get from Castro, you see) but:

Early in the Cuban revolution Czech economist Radoslav Selucky visited Cuba and was rudely awakened: “We thought Cuba was underdeveloped except for a few sugar refineries?!” he wrote when he got home to Prague. “This is false. Almost a quarter of Cuba’s labor force was employed in industry where the salaries were equal to those in the U.S.!”

Now here’s Che Guevara himself in 1961 after he returned to Cuba with his Cuban underlings from a lengthy tour of Eastern Europe: “We’re not going to say we only saw marvels in those countries, ” admitted Che who (given their national propensity for sarcasm had undoubtedly heard much scoffing and snickering from his Cuban subalterns about the – to them – PATHETIC socio-economic conditions in the major capitols of Eastern Europe – that Cuba was supposed to emulate!!)

“Naturally for a 20 th Century Cuban with all the luxuries which Imperialism has accustomed him,” Wrote Che Guevara, “much of what he saw (in eastern Europe) struck him as belonging to undeveloped countries.”

But fear not! As Cuba’s Economics minister, Che Guevara was already plotting on how to wipe those snickers from those Cuban jodedores faces!

He (Che Guevara) as Cuba’s Economic Czar, converted a nation with a higher per capita income than half of Europe, the lowest inflation rate in the Western hemisphere, a larger middle class than Switzerland, a huge influx of immigrants and whose workers enjoyed the 8th-highest industrial wages in the world into one that repels Haitians. And this after being lavished with Soviet subsidies that totaled almost ten Marshall Plans (again, into a nation of 6.4 million) – an economic feat that defies not only the laws of economics but seemingly the very laws of physics. One place where Cuban exiles agree wholeheartedly with Castro and Che is regarding their exalted posts as Third World icons. He and Che certainly converted Cuba into a Third World nation.

3 thoughts on “Russians snicker at Cuba’s backwardness! (but roles were reversed 50 years ago)”