The Cuban dictatorship released a prisoner of conscience today, but not before they robbed him of his health and turned him into a paraplegic. Ariel Sigler Amaya was one of the 75 brave dissidents arrested during the Primavera Negra and while in prison, he was subjected to the brutality for which the regime is all too famous. In seven years they took a healthy man and withered him down to skin and bones.

The photo below, courtesy of Penultimos Dias, shows the brutal transformation Sigler Amaya went through.

Marc over at Uncommon Sense has more photos of the Castro regime’s latest contribution to the long list of atrocities it has committed.

Cuban political prisoner Ariel Sigler Amaya was released from prison Saturday, after more than seven years in the Castro gulag.

The pictures Saturday, via Associated Press and Reuters, tell the story of what it cost him 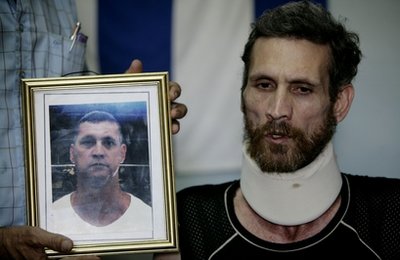 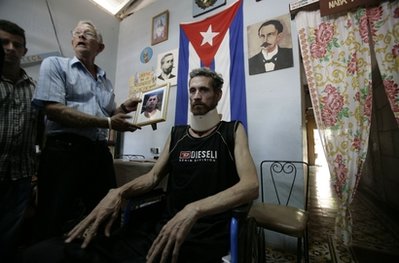 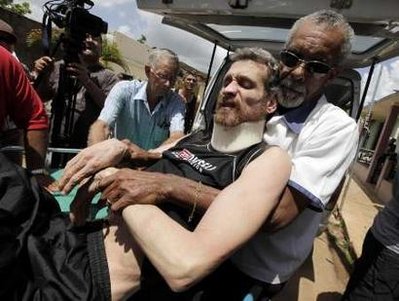 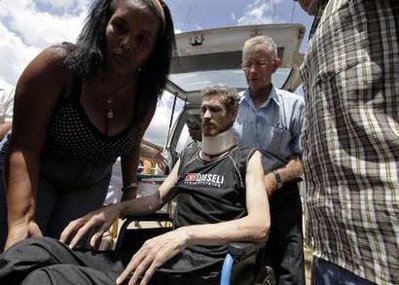 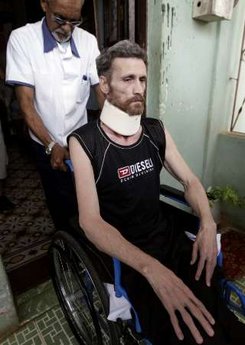 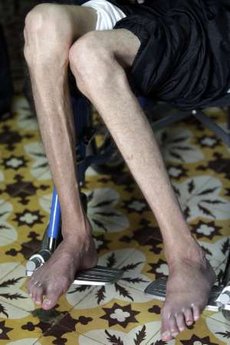