This is one of the reforms that Raul Castro has brought to Cuba. 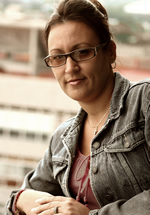 The desperation of the Castro dictatorship and its agents has no bounds, as evidenced by what happened last week to political activist/independent journalist and blogger Katia Sonia Martín Véliz.

Martín on Friday was summoned to a Havana police station, where a State Security official accused her of being a “terrorist” and “CIA agent,” because of her activism with the Cuban Independent and Democratic Party, which has ties to former Commandante Huber Matos.

To further embarrass himself, the officer, whose name is “Pedro,” threatened to take Martín’s 7-year-old twin daughters into state custody, according to a report posted at Misceláneas de Cuba, for which Martín is a correspondent.

This was at least the second time since early August that officials had threatened Martín and her husband, the former political prisoner Ricardo Santiago Medina Salabarria, with the loss of their children.

So this is what the Castro dictatorship has resorted to: Trying to intimidate its opponents by threatening their children. What a bunch of cowards.

After two hours of interrogation, officials photographed and fingerprinted Martín, telling her they were completing a file so they could send her to prison.

Show your support for Martín by reading her blog, here.