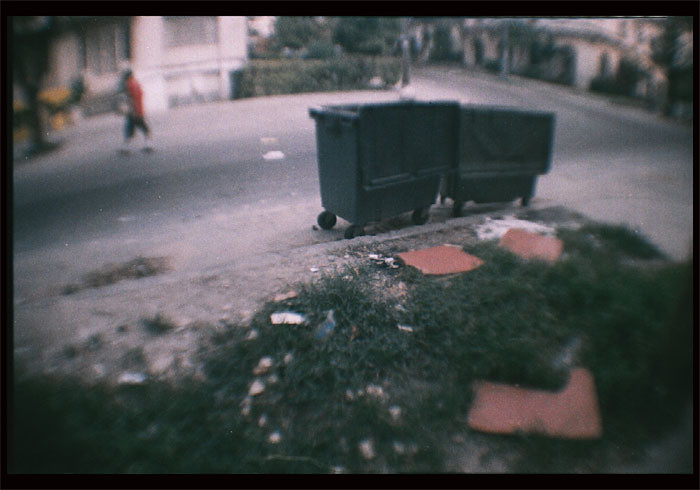 I’ve been left a little traumatized after the celebrations of the CDR. Between the discussion on the bus, my neighbors’ Sunday volunteer work, and the reggaeton on the 28th until 1:00 in the morning; right now I feel a sense of “been there, done that… and never again would be too soon.”

It turns out that Sunday was a “voluntary workday.” Obviously El Ciro and I weren’t aware of this, so when he went downstairs with the dogs and found an old man weeding the grass, with his last ounce of strength, he said, “Compadre, let me do it, I’m younger.” So as he cleared the block of every weed, “the guy with the list” approached and said, “Hey compadre, leave that, it’s already been checked off.” El Ciro looked up and discovered that in addition to having taken part in voluntary work, he was, in effect, the only one who had actually done any work. As for the others, it was grab a brick, move it from the right to the left, and then look at the guy with the list and say, “check me off.” I remembered the time the mutt broke the light on the stairs and El Ciro (one hundred percent private initiative) changed it without saying anything to anybody. A neighbor told me later that a meeting had been planned to define a repair strategy: “How much money to be collected from each apartment, who would collect it and who would spend it.” We had skipped all the steps.