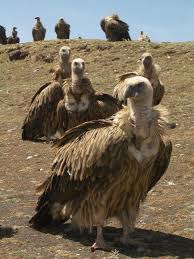 One thing you can count on; vultures of a feather, crap together.

The Norwegian Nobel Committee said the ambassadors who were not going were from China, Russia, Kazakhstan, Cuba, Morocco, and Iraq.

Committee secretary Geir Lundestad said they had given no reason for declining.