Cell 16: Another of the Sewers Through Which Those from the Real Cuba Pass 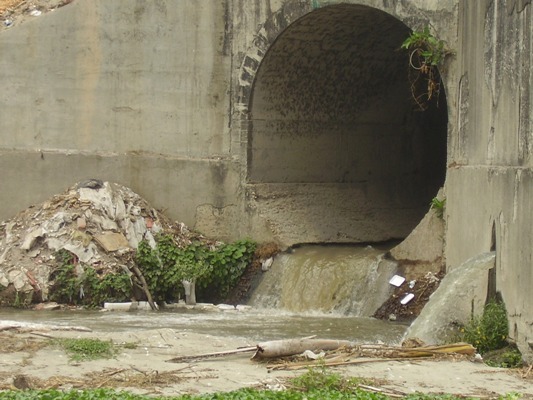 Dark, burly and with that untamed something of the typical eastern youth who has emigrated to Havana in search of a better life. His grandmother raised him because his mother abandoned him. He was hauled in front of the court in Guanabacoa, charged with “Pre-criminal Dangerousness,” that Cuban legal monstrosity that lets them charge you with behaviors that show you are “prone to crime,” even though you haven’t done anything. The sanction should have been to find work but there is no work. His alcoholism and drinking had got him in various brawls. The night they brought him in his face was swollen by the “spray” they used on him, he said, and his eyes teared up all night. He told me that in the Department of Technical Investigations (DTI) a cop sprayed him and the others in the cell with pepper spray. Now he was in the Operations Unit because the police alleged they’d received death threats from him and his son. Raciel told us the whole time, but I don’t know. I don’t know if he has kids, a family.

When I left he gave me a hug and asked me to tell people a bit about his story. He’s been deported from Havana — “The capital of all Cubans” — six times. He’s managed to get four temporary documents allowing him to stay there, but every time they send him back with the pretext of being a “socially dangerous pre-criminal.”

I saw him on the bare bunk, no mattress, with his large, frightened eyes. Not even ten minutes passed before we began to chat. He met Jordis García Fournier and Abel López Pérez, political prisoners who had been there the previous night. He is a quiet-looking young man, a lover of baseball, movies and home life. This was his first stay in a cell, he was never fined or cited by any authority.

He said that he left his job in the accounting unit of the Post Office in August; it paid very little and the boss was an ex-military, a bit of an extremist. Three months later, they went to search his house because some documents were missing that guaranteed more than 38,000 Cuban pesos. When he told us this story, we asked him if he had handed over all his documents to his superiors before he left and he said yes, he had, even drawing up a document guaranteeing the handover and, what’s more, it was signed by his boss, secretary of the local Communist Party of Cuba and principal accountant. He said that a week ago he asked the Criminal Investigator to look for this document in his house, and at some point he was allowed to speak with his wife and he told her where to find it. But before each interrogation, the investigator would promise to go to his house and look for the document. The night before I arrived, they had picked him up at 2:00 in the morning and now they were threatening to impose a fine of 2,300 pesos for not having told them earlier about this document, now accusing him of having hid information from the authorities and obstructing the investigation.

He’s a Guantanamo native, from the Eastern part of the city.  He is somewhat unsociable at first, but as it turns out, he proved to be the most talkative and the most intelligent.  Before he was changed for Raciel, he was ranting against the government all night.  They had surprised him a week ago, more than 80 kilometers from the Guantanamo Naval Base — more than 80 kilometers.  Some auxiliary country peasants from the Border Patrol Troops woke him up from a lazy afternoon’s nap and took him more than 5 kilometers across the land towards the well-known “Posta 16?.  There, they turned him in and locked him up.  He says that during the first few days they were accusing him of “trying to exit the country illegally”, but later, due to lack of proof, they threatened to  sentence him for being the one who assists people to exit Cuba through that region of the country.

These men are three examples of the beauty that can be seen within this horrific scene known as “The Other Guantanamo”, the Abu Ghraib of the Castro Brothers.