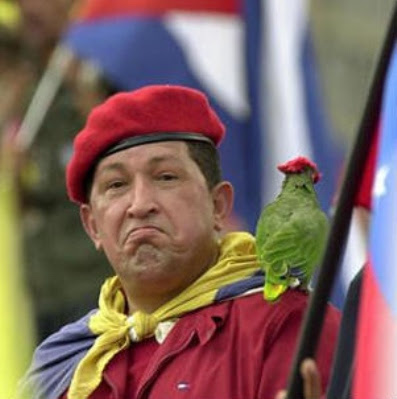 Hugo Chavez, Venezuela’s simian prince, wants to be king so Venezuela can be ruled not by laws, but by his own personal decrees.

CARACAS, Venezuela – Venezuelan President Hugo Chavez on Tuesday asked congress to grant him special powers to enact laws by decree for one year, just before a new legislature takes office with a larger contingent of opposition lawmakers.

The measure would give the president the ability to bypass the National Assembly for the fourth time since he was first elected almost 12 years ago.

6 thoughts on “The Simian Prince that would be king”