The media will not tell you. Neither will the “Cuba Experts,” nor the lobbyists in Washington lobbying for the normalization of relations with Cuba’s slave masters. It is a topic that none of them want to discuss or have others discuss. Fortunately for the Cuban people, however, we will continue to expose these atrocities and tell the world what is really happening in Cuba.

Death of a Cuban Child Prostitute

On May 14, 2010, a 12 year-old Cuban prostitute was found dead — of a supposed drug overdose — following a “party” in a hotel room in the eastern city of Bayamo.

Three Italian tourists have been quietly held by the Castro regime — for the last six months — in connection with her death.

Let me stress — for the last six months.

You better believe it — not to mention tragic.

So why are we only now finding out through regional newspapers in Italy?

Note how the Castro regime has been able to hide this tragic, high-profile news for over half a year. Just imagine how it hides the repression, imprisonment, torture and abuse of political prisoners and democracy activist throughout Cuba. It’s no wonder the regime doesn’t allow the International Committee on the Red Cross or the U.N.’s Special Rapporteur on Torture to enter Cuba.

And where are the foreign news bureaus in Havana? They report on every senseless “Reflection” by Cuba’s dictators, but not a peep about a dead 12 year-old child prostitute allegedly murdered by foreign tourists.

Meanwhile, one of the Italians being held for this crime, Simone Pini, has offered some evidence that he was in Italy during the time of the crime and swears that he was tortured into signing a confession. He claims to have been set up by certain “enemies.”

But of course, in true Castro fashion, the defense attorney assigned to Pini is not allowed access to any files, evidence, accusers, etc.

Many lessons to be learned here. Amongst them:

Child prostitution is a tragic reality in Cuba; the regime’s dangerous veil of secrecy; the cluelessness of foreign news bureaus in Havana; the utter lack of transparency in Castro’s judicial system; and — finally — foreign tourists don’t spread democracy. 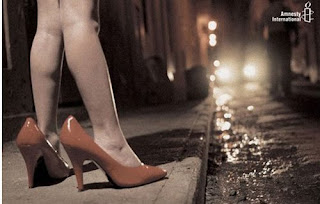 5 thoughts on “What is really happening in Cuba”