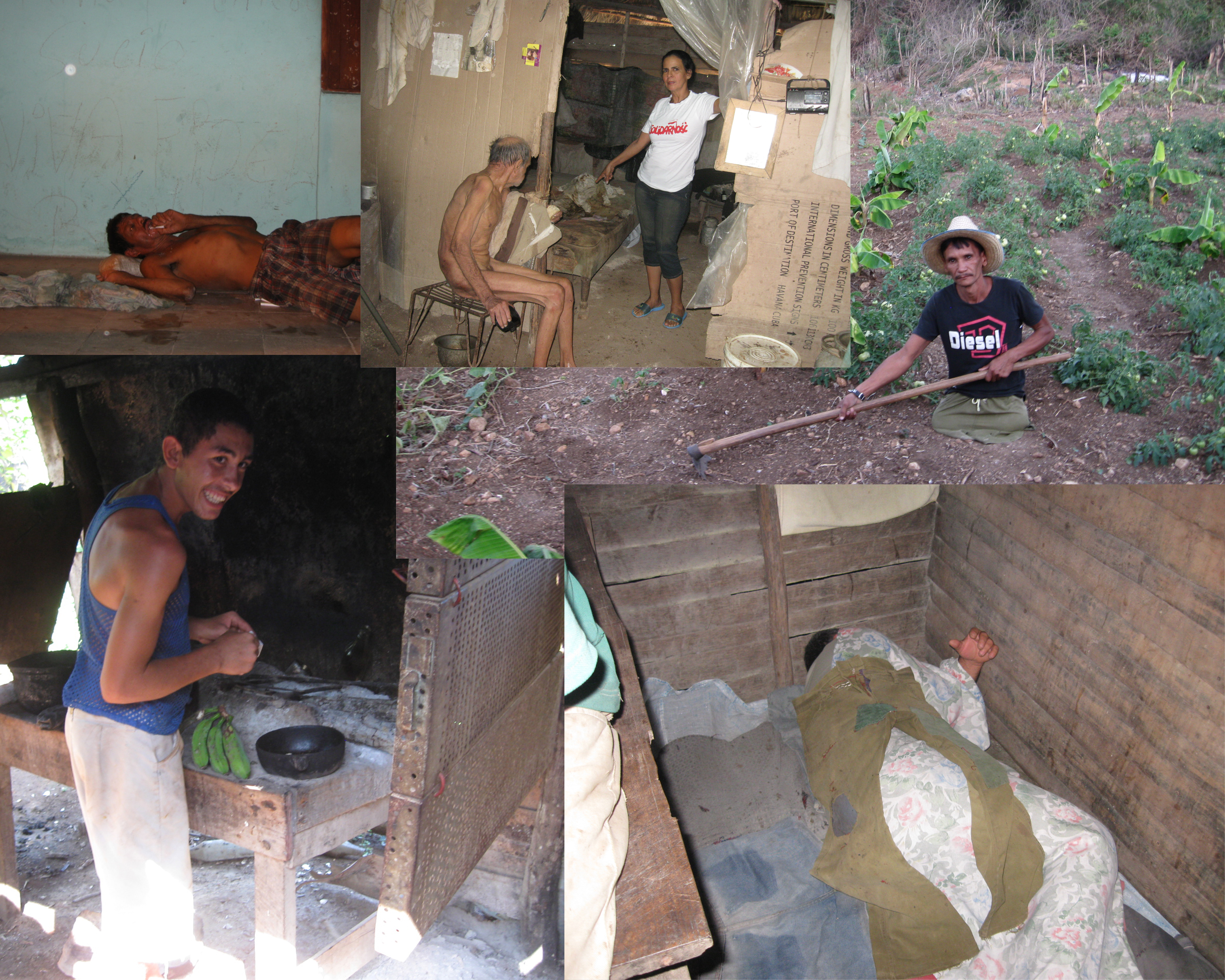 I continue to be moved by the images of a Cuba that doesn’t appear in the newspapers.  A country which does not exist to the authorities.

This is a blog made up of different pieces, among them the collaborations of my compatriots-in-the-struggle and all that I can do with my camera and pencil.  The images you can see today are very similar to those which the propaganda scaffolding of the Cuban system reserves for special occasions, for example when they wish to make a statement such as, “Cuba will not return to the past.”  In such instances, they are referring to the dictatorship of Fulgencio Batista, and to the eras of other past presidents who came before him. The “Bohemia” magazine would do a great job of detailing life in Cuba during the ’50?s, reporting on places and people who had not been touched by the hand of civilization.

In the photos of this post, one can see people who have been born and grown old under the achievements Cuba’s 1959 Revolution. Olivio, Rafael, and Cilia were all rescued from “ferocious capitalism” so that they could live under the kindness of Cuban socialism.  Such a socialism was implemented based on the measures of a man who wishes to perpetuate himself in power.  The photos were given to me by my friend Marta Diaz Rondon, who every once in a while helps these unfortunate people. They have lost their pensions for the simple reason that they have a relative living with them at home who receives (or “earns”) more than 7 dollars a month in their job. This is a measure imposed by the Ministry of Social Work and Security.

During this past week, my mother informed me that her 127 peso check (as the subsidy could be called in another country) was canceled because she has a son (me) who is of working age (although I do not live with her) and who does not have a job (although I was fired four years ago from the Cultural sector).

We have entered the XXI century with a rhythm of disaster and desperation.  It is the result of a group of men who advance the country in the newspapers but push it far back in real life.