The Wall Street Journal gets it. Unfortunately, the Obama administration does not.

How to free Cuba’s American hostage. 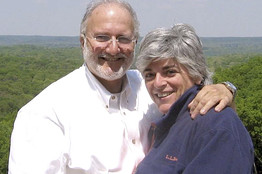 Over the weekend a sham Cuban court sentenced Alan Gross, an American citizen, to 15 years in prison for bringing computer equipment to the politically sealed island. The American government should be doing more to secure Mr. Gross’s release.

A 61-year-old contractor for the U.S. Agency for International Development, Mr. Gross has been held since 2009. His crime was working on a democracy-promotion mission to bring Internet access to dissidents.

The State Department put out a statement saying that “We deplore this ruling. . . . We call on the Government of Cuba to immediately and unconditionally release him.” White House national security spokesman Tommy Vietor chimed in to say that Mr. Gross “has already spent too many days in detention and should not spend one more.”

Such foot-stomping did not avert Mr. Gross’s prison term, so a harsher response is overdue. A good place to start would be for the Administration to reconsider its recent bid for rapprochement with Havana, which included lifting certain restrictions on travel and remittances to the island. Conditioning future visas and Cuba’s economic lifeline on Mr. Gross’s release is the only message that the Castro brothers and their government will heed.