Capitol Hill Cubans takes on the often quoted though rarely if ever correct pollster Sergio Bendixen on the topic of remittances to Cuba:

Bendixen Wants to Sell You a Remittance

However, in yesterday’s Miami Herald, Bendixen tries to sell you a remittance.

He argues that based on his work “in more than thirty countries all over the world” remittances are a “virtual river of gold.”

That may very well be the case.

From Franco in Spain (who had arrangements with France and Germany to take up temporary migrants throughout the 60s) to Marcos in the Philippines, dictators have used migration and remittances as a vent for social problems and to keep themselves in power. Indeed, the recent banishment of Cuban political prisoners bears testament to this.

Moreover, to the extent that emigres send remittances to their families, the ruling dictatorship can then concentrate funds on sympathizers — a dual system of social protection — that may only foment polarization and prolong the life of the regime.

Money, after all, is fungible. So money emigres send to Cubans in Cuba is money the Castro regime does not have to spend on them. Therefore, they’re also likely to be the first to get axed from jobs.

Bendixen concedes this fact, but argues that regardless, remittances “can facilitate the inevitable wrenching transition to alternative employment in the private sector.”

Leasing limited licenses to a select number of Cubans to exercise one of 178 menial tasks does not constitute a private sector.

The Cuban people are prohibited from owning businesses, not to mention intellectual or tangible property rights of any type.

Therefore, in the best case scenario, remittances to Cuba may help facilitate lessees. But in the worst case, they overwhelmingly enrich the island’s sole lessor.

“Today, remittance delivery in Cuba occurs within a closed and controlled space… According to Cuban regulations, U.S. dollars sent to Cuba can only be paid out through a limited number of locations, where they are further burdened with heavy foreign exchange taxes.”

And thus, why Bendixen resorts to nicely asking (and trying to seduce) the Castro regime to allow the Cuban people to somewhat benefit from remittances also:

“A commitment from the Cuban government to allow all remittances to enter the Cuban economy freely, unburdened by taxes or other cumbersome regulations, could result in remittances reaching $2 billion to Cuba in the coming years.”

We can hear Castro laughing his way to the bank. 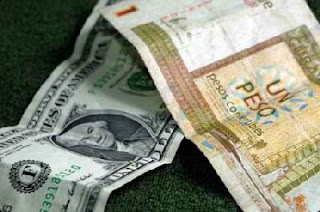