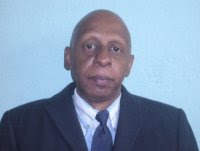 Once again, the Castro dictatorship detained Cuban dissident Guillermo Fariñas along with other members of the dissidence in Cuba. While the Catholic Church and the press continues to hail the prisoner releases, the regime continues its relentless oppression and brutality against dissenting voices in Cuba.

“I was arrested along with other brothers (Tuesday) night when we went to our homes, because apparently they thought we were going to carry out some activity,” Farinas, 48, told AFP by telephone from his home east of Havana.
The online journalist, who led a 135-day hunger strike in 2010 to demand the release of political prisoners, said he was released on Wednesday without being told why he had been detained.

He said he suffered chest pains at one point during his detention and was taken to a local hospital for tests.

The activist has been detained on a number of occasions this year by the Americas’ only one-party communist regime.