Over a dozen Cuban pro-democracy activists were violently assaulted and arrested yesterday, including 2010 Sakharov Prize winner, Guillermo Farinas. Is it in the news? Nope, nada, move along, nothing important here.

How about the shootout in Havana? zzzzz…. Silence.

On Tuesday, foreign news bureaus in Havana got flustered by Cuban dictator Fidel Castro, who (in an apparent state of dementia) declared that he was no longer head of the Cuban Communist Party (PCC).

There were dozens of news stories on Castro’s (essentially irrelevant) remarks (which he has now retracted).

Apparently, no one bothered to check the PCC’s website, which still has Fidel listed as First Secretary. Oops!

Also, a prominent Havana neighborhood was essentially overrun by Cuban state security, as a policeman and civilian were killed in a shootout. It’s believed the incident was the result of a corrupt, police-related business deal gone bad. Five others have been arrested.

And if that wasn’t enough, one of the regime’s official journalists (from the Granma newspaper) has been arrested and held in isolation at Cuban state security headquarters for the last two months. He is accused of “counter-revolutionary” activities. Another has been fined and prohibited from using the Internet (reserved for the privileged) for interviewing sports defectors. 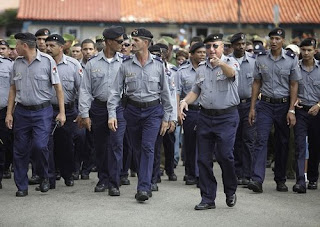