Even Spain’s former Minister of Finance, the socialist Carlos Solchaga, recognizes that Cuba will never be free while the Castros continue their reign of terror. The goal of liberty and democracy in Cuba while the Castro dictatorship remains in power is, according to Solchaga, a lost cause.

This is an obvious fact the infamous “Cuba Experts” refuse to admit publicly, and is another of the many irregularities that calls into question their credentials as “experts.”

Socialist Minister: Castro’s are “Lost Cause”

Spain’s former Minister of Finance (PSOE, Socialist Party) Carlos Solchaga affirmed on Thursday that Cuba is “a lost cause” from the point of view of its “internal capacity to transform and evolve towards a democracy.”

In his opinion, the only option is to wait for “the slow death of the regime,” its “extreme weaknesses” to be exposed, and thus a door for “change” to open without great effort, as occurred in the former Communist regimes of Eastern Europe during the 80s […]

Solchaga believes the current situation in Cuba is “even worse” than it was in 1993 in terms of “the availability resources, international liquidity, creation of wealth and the level of security.”

In his opinion, any changes currently being considered in Cuba are “much more the consequence of necessity than due to the will of its leaders.” 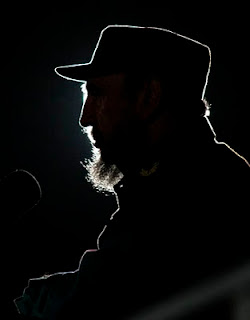 2 thoughts on “A Lost Cause”