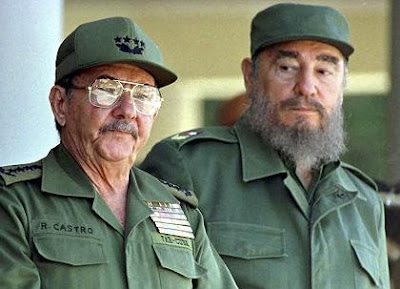 It is a psychological issue that has haunted Raul Castro and his brother Fidel since their youth. They have always felt inferior, and because of that they have made everyone around them pay brutally for their psychosis. It is an illness that will haunt them until their never too soon deaths, and the pain of their inferiority can only be mildly assuaged by receiving recognition from others. After 52 years of absolute power, it is amazing to see that the Castro brothers are still emotional wrecks pleading for attention and acceptance.

Until their dying day they will continue to beg for recognition because they will never be able to earn it.

Havana – Cuban President Raul Castro told Nobel Peace Prize laureate Jimmy Carter that Cuba seeks talks with the US government ‘on equal terms,’ an official statement said during the former US president’s visit to the island.

‘Castro reiterated Cuba’s disposition to talk with the US government on any topic, but on equal terms, without conditions and with absolute respect for our independence and sovereignty,’ the statement broadcast on state-run television said Tuesday.

1 thought on “Begging for recognition”