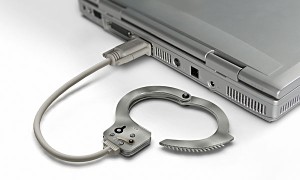 The personal freedoms of members of the alternative blogosphere are at risk after the official media publicly accused them of being mercenaries.

On March 22nd, the Granma newspaper (official paper of the Communist Party) published an article titled “Cyberwar: Mercenaries on the Internet”.  A day prior to this publication, the televised documentary series “Cuba’s Reasons” used terms such as “cyber-mercenaries” and “cyber-terrorists” to describe the independent bloggers on the island.

Such terms imply very serious accusations.  The penal legislation states that mercenaries and terrorists are perpetrators of serious crimes which attempt to attack State Security.  Sentences for such crimes range from 5 to 30 years in jail.  Meanwhile, Cuba ratified international instruments which oblige punishment for such activities.

Granma also asserted that thousands of “international media specialists have orders to keep a watch on the Twitter messages and blog updates of the mercenary”, referring to Yoani Sanchez, the author of the blog “Generation Y”, which up to this day has been a target of attacks on behalf of state-run media.

The International Convention Against the Recruitment, Utilization, Financing, and Training of Mercenaries defines “mercenary” as a person recruited to engage in combat in an armed conflict or act of concentrated violence in exchange for personal benefit or material payment.  Neither nationals of a specific country or any of its residents can be considered mercenaries under this law.

In 2007, the Cuban government ratified the mentioned Convention, but with its share of reserves.  It declared that it is enough with simple material payment, for whatever length, to consider an activity as “mercenary” and that it will continue applying the definition given by the Penal Code.

According to Cuban law, “mercenary” is someone who, “with the intent of obtaining a payment” joins a “military formation” whose membership is “individuals who are not citizens of the State, and it is there where they intend to act”, and who “collaborate or execute any other act” to achieve the same objective.

“Against Cuba and other countries considered enemies of the United States there is a form of Cyber-War: the fostering of a blogosphere which, although it claims to be ‘independent’ is totally subordinate to the interests of Washington”, Granma stated.

“The Cyber-War is a model of conflict which has appeared on the social scene of new information and communication technologies (NTIC), providing a military context”, the newspaper continued.

There is a political dispute between US and Cuba which has lasted more than 50 years.  “Undoubtedly, the conservative Yankee wing has begun to formulate new pretexts and scenes of confrontation to finish the Cuban revolution and start an eventual military conflict,” affirmed Granma.

And, it continued: “These bloggers are people who have called for popular uprisings in Cuba during interviews.  They have encouraged violence.  These new faces of the counter-revolution lend themselves to the strategy game of subversion through the internet while deliberately using omission, distortion, and lies”.

Law No. 93 Against Terrorism also sanctions “employed acts executed through the media” with the specific purpose of provoking a state of alarm, fear, or terror among the population, by imminently endangering or affecting Cuban State Security.  Among those listed are “acts carried out through the media and through information technologies”.

The norm condemns any person who uses, creates, distributes, or possesses equipment, means, programs, networks, and information applications to use, alter, etc. security information or national entities capable of producing the same effects.

Perhaps the official media is only aiming to discredit the members of the independent blogosphere.  However, if that is their objective, the usage of such terms is completely unjustified.  Cuban Penal Law is all-encompassing, for it allows the authorities to interpret it in multiple ways.

The case of Alan Gross provides the most recent example.  The US citizen was judged and sanctioned in Havana to 15 years of imprisonment for bringing satellite connection equipment into the country.  For the Cuban courts, this act represents a move against the territorial independence and integrity of the State.

The activities carried out by the new faces of the internal dissidence are completely peaceful.  They have no relation whatsoever to armed conflicts or acts of violence.  With that said, it is completely groundless to qualify them as “mercenaries” or “terrorists”.  It is very possible that, by using the State-controlled media, they are preparing an operation to silence the alternative voices of Cuban society.