Last week we posted about a new service, Hablalo Sin Miedo (Speak without fear) available for Cubans on the island to voice their concerns and thoughts without fear. The service allows Cubans to call in and record a message, which is then posted on Twitter for anyone to read. Naturally, it only took regime operatives 4 days to label this noble effort another CIA operation.

Via Punt de Vista (my translation): 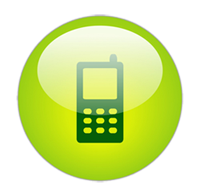 It took the regime four days to react to the appearance of the project Háblalo sin miedo that provides short voice messages through Twitter. This can be a good mechanism to publish denouncements and communicate with the world without intermediaries. Yohandry Fontana, an official Castro blogger and one of the blogosphere propaganda arms of the dictatorship, claimed that the blog is the fruit of a CIA initiative and a “facade” at the service of Yoani Sanchez and Radio Marti. Looks like another tall tale is on the move. For certain, as of today, Háblalo sin miedo can count on having a banner on this blog with a direct link to the website.