A Black Man Who Could be Sent Back to the Trap 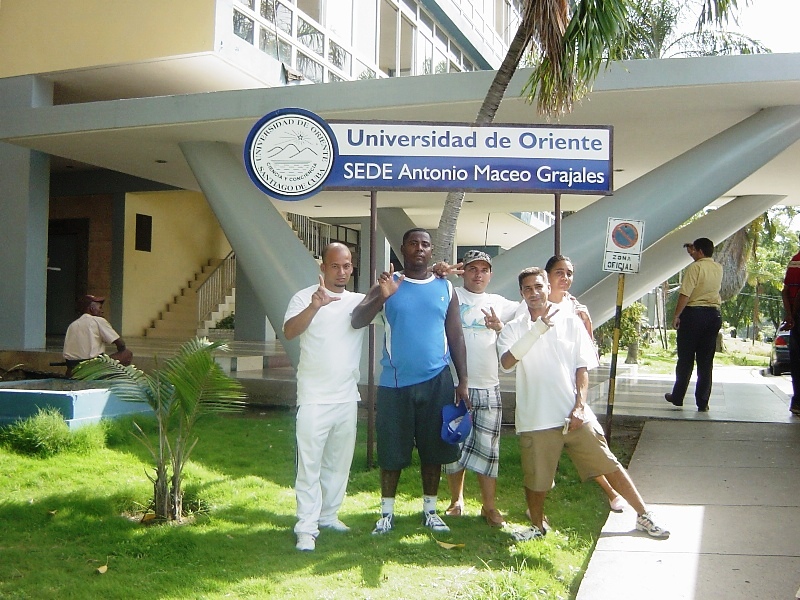 A trick within the Cuban juridical system may put Raumel Vinajera Stevens back in the jail he was released from under conditional freedom during last February 22nd.  In a phone call I made to his wife, Tania Montoya Vazquez, both told me about the trap which Major Diorkis, said to be the chief of Confrontation against the Enemy in Santiago de Cuba, is preparing against him.

Raumel Vinajera Stevens told me: “From that moment when I created a delegation of the Orlando Zapata Tamayo National Civic Resistance and Civil Disobedience Front here in Palma Soriano, the local political police major, Francisco Feria Coba, has really set off against me because I continue to be involved with the opposition, and because I continue traveling to Palmarito de Cauto to visit the home of Jose Daniel Ferrer Garcia  (prisoner of conscience from the group of the 75) ever since he was released from prison.”

“These same officials have threatened me with taking me back to prison if I continue carrying out opposition activities.  On Friday, April 15th, at 9 in the morning, the Executive Judge from Palma Soriano municipality told me that on Monday the 18th I had to present myself at the tribunal so I could be revoked because of my conduct.  I never asked to be released with conditional freedom.  No one can condition me.  I should have been released under an extra-penal license, for I entered the prison as a healthy man and now, I am a man who suffers from heart conditions, chronic hypertension, gastric ulcers, has a 52 millimeter cyst on my right kidney, and stones on both kidneys.  I publicly denounce, before the world, that all this was the product of the rotten water given to prisoners, the poor diet we are subjected to, and the horrid conditions which we are kept behind the bars.  All those who know me know about my physical appearance, and they know that I was a very healthy man when I entered prison.”

“I was accused under the crime of inflicting injury, when in reality the one who was injured was me.  A paramilitary soldier sent to my house equipped with arms, along with the political police, handed in an accusation against me about causing injuries.  On October 2, 2008, I was taken from my home in the worst possible way by a command unit of 8 men belonging to the political police and the Special Brigade.  They then took me to the police unit of Palma Soriano, and then from there they moved me to the Boniato Prison.  I was unjustly locked up for two years.  They know that I am a dissident and that I will not give in.  Now, I live with a sword hanging over my head and at any given moment police officers can arrive and haul me back to prison.  But I will not stop participating in opposition activities.  There is no penal or judicial status that prevents me from doing so, and I am a civil disobedient of the military laws of this country.  This is why I am summoning them until I return to jail, am given extra-penal freedom, or until they leave me in peace.  That is my message for these henchmen.”

When I finished chatting with Raumel, I quickly went to look for my Manuel Vazquez Portal book titled “Written without Permission” (Hispano-Cuban Press).  In the book, Portal tells of a day when he was in the Boniato prison and visiting Lieutenant Colonel threatened him.  During this, Raumel Vinajera Stevens jumped up and shouted, “Hey, damn you, go mess with the men on the other side, no one gives in to fear here!”

Raumel Vinajera Stevens is a Cuban, a black Cuban with no fear, and he has proved this various times.  When this post is finally uploaded, it’s quite possible that Raumel will continue to be one of the ones on top of the list of people who will most likely fill in the cells of those who have been deported to Spain.