Regular Cubans who dare visit the U.S. Interests Section (USINT) in Havana — let alone the residence of the U.S. Chief of Mission — are labeled by the Castro regime as “mercenaries.”

They are subjected to endless harassment and even imprisonment (at the Castro regime’s whim).

Yet, the Castros love to — freely — throw parties for their friends and allies in Washington, D.C.

The latest will be on the afternoon of Saturday, May 21st.

For this fête, the head of Castro’s Interests Section in D.C., Jorge Bolaños Suarez, has sent invitations to Members of the U.S. Congress, their staffs and opinion makers to gather at his fancy home in the wealthy suburb of Bethesda.

The invitation (sent to CHC by an invitee) says it will be “a wonderful occasion to chat, dance or simply listen to Cuban music and taste the Cuban cuisine and drinks.”

(Surely “drinks” won’t include the coffee-and-peas blend that the regime announced yesterday for the Cuban people).

Moreover, any talk of beatings, torture, imprisonment and other forms of repression must be checked-in at the door — let alone any talk of an American hostage given 15-years in prison for helping the Cuban people connect to the Internet. 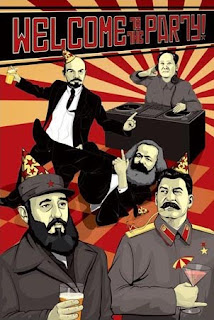