Last week, we told you of the lovely Castro diplomat stationed at the Cuban embassy in Madrid who lasciviously rubbed her crotch at activists who were protesting the beating murder of dissident Juan Wilfredo Soto by Castro thugs. This classy act by this classy lady took place while television cameras were filming the protest, but no images of this vulgar act had been made public.

Thanks to Punt de Vista, however, we now have a photograph of this elegant lady and her ladylike response (my translation): 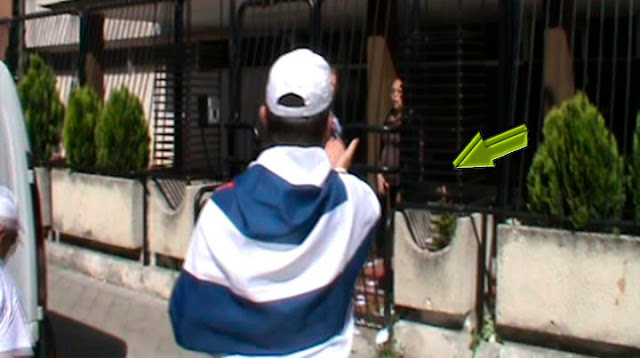 As we reported yesterday on the blog, a female Castro diplomat rubbed her crotch before activists of Cuba Democracia Ya and the press, who had gathered to cover the homage to Soto Garica. This is one of the photos in which you can see the official doing the gesture.