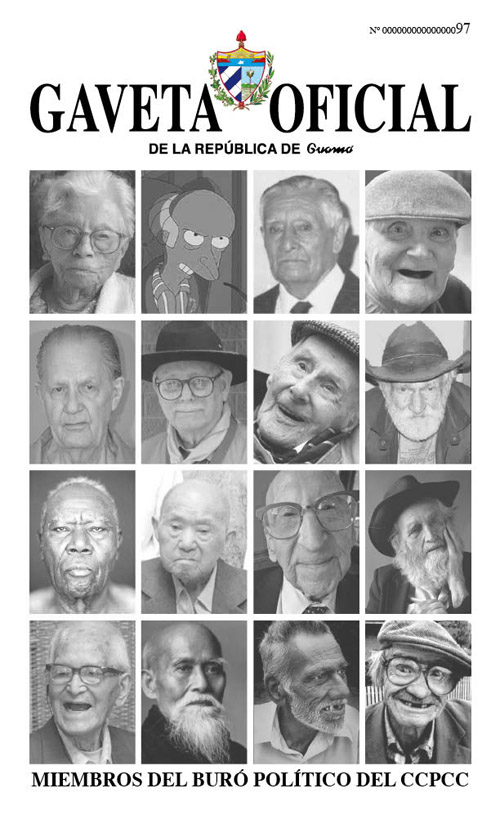 The Christian Science Monitor discovers that all the hype surrounding Cuba’s “reforms” being implemented by the Castro regime’s “Young Guns” is just that: hype. The same old, decrepit, corrupted, murderous, and vile elites, which raped and pillaged Cuba and enslaved its population are still in power and have no intention of letting go. The “Young Guns,” it turns out, are not so young, but unfortunately, they still have the guns.

Raúl Castro has freed some political prisoners, talked of term limits, and announced plans to lay off half a million government workers. But he’s chosen for his inner circle senior hard-liners who resist change. Until they leave, change will be limited.

When Fidel Castro first seized power more than 50 years ago, he got rid of Cuba’s golf courses. Now tiptoeing toward some modest reforms, the government is giving preliminary approval for four luxury golf resorts.

The problem is that there is no suggestion of any change in the harsh political regime. Cuba has been studying China’s example of running a market economy under a communist political system, but Havana’s attempts to jump-start a stagnant economy look nowhere near as innovative as Beijing’s.

The April Cuban Communist Party Congress, the first in 14 years, had been anticipated after hints by President Raúl Castro of change to come. But hopes of a leadership shake-up and the appointment of a younger and more vigorous team that would re-invigorate the system were dashed.

Raúl succeeded his brother Fidel, who has been inactive because of illness, as the top party official. Instead of choosing a young, new successor-designate, the second-highest party slot went to an 80-year-old communist placeholder, José Ramón Machado. Although Raúl bemoaned the absence of replacements with “sufficient experience and maturity,” ambitious younger candidates have been discouraged or sidelined. The aim seems to be to retain the political system in place and offer some economic improvements to a disillusioned populace, but in the guise of updating the socialist model. As one Cuban exile, who held senior positions in the early years of Fidel Castro’s ascendancy, put it: “Raúl is more of a communist than Fidel.”

Raúl Castro has freed some political prisoners. He has talked of two five-year term limits for himself and other politicians. He has announced, but postponed, plans to lay off half a million government workers. He has encouraged the emergence of small businesses instead of massive government employment. He has suggested curbing government handouts, such as the monthly food ration books. But the state, backed by a powerful military whose generals are embedded throughout its infrastructure, remains paramount.

Read the rest of the article HERE.

1 thought on “Cuba’s Young Guns: Not so young, but they still have the guns”