Uncommon Sense has more on the war being waged against Antúnez and his wife Iris; husband and wife freedom fighters who together risk their lives in the struggle against tyranny in Cuba. 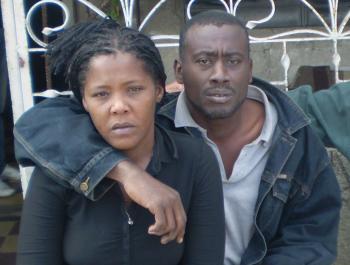 Two of the most fearless fighters in Cuba against the Castro dictatorship are former political prisoner Jorge Luis Garcia Perez “Antunez” and his wife Iris Tamara Pérez Aguilera.

Which explains why regime spares no effort to try to keep the couple under control — up to and including threatening their very lives, as evidenced by events on Sunday.

Via Radio Marti and Twitter, Antunez reports that he and Iris, along with fellow activist Eriberto Liranza, were arrested and detained in Havana. The couple had traveled to the capital so that Iris could undergo medical tests for symptoms she has suffered since she was beaten by police earlier this month.

This is Cuba, where Cubans don’t have the right to travel wherever they want, so the police ordered Antunez and Iris expelled back to their hometown of Placetas. Liranza’s whereabouts were unknown, according to Antunez’s tweets.

Antunez and his wife rarely let the regime have the final say about what they do and this time is no exception.

Via Twitter, Antunez said Iris is prepared to start a hunger strike until she is allowed to receive the care she needs.

2 thoughts on “The war against the freedom fighting couple”