The “reforms” of Raul Castro continue to sweep the island of Cuba as more activists are brutally beaten and detained by the Castro regime’s ruthless and violent political police. 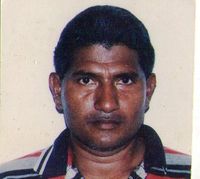 Cuban political prisoner Ariel Arzuaga Peña on Friday stood trial on charges of “assault” and “disrespect,” and his family members would have nothing of it. In the middle of the proceedings, during which prosecuters asked for a prison sentence of 1 1/2 years 6 years, Arzuaga’s relatives got up and started shouting anti-government slogans.

The politcal police responded by arresting and detaining the family members, according to a dispatch posted by Martha Beatriz Roque at Hablalo Sin Miedo.

Roque said there was no information on Arzuaga’s whereabouts.

UPDATED, 3:05 p.m. EDT — Former prisoner of conscience Jose Daniel Ferrer Garcia tweets that Arzuaga’s parents, brothers and nephews were beaten, and that his father was hospitalized.