Capitol Hill Cubans on those “lucky” Cuban Americans who at this rate, may not continue being so lucky for very much longer:

The one exception are people that flee persecution from Cuba — thanks to the generosity of the Cuban Adjustment Act (CAA).

Is President Obama’s policy of unlimited Cuban-American travel to Cuba undermining the CAA?

Moreover, are those “lucky” Cuban-Americans traveling back-and-forth to the island undermining the CAA?

Possible Consequences of Returning to the Country of Claimed Persecution

Section 208.8(b) of Title 8 of the Code of Federal Regulations provides that an asylum applicant who leaves the United States pursuant to advance parole and returns to the country of claimed persecution shall be presumed to have abandoned his or her asylum application, unless the applicant is able to establish compelling reasons for the return. Therefore, if an asylum applicant returns to his or her country of claimed persecution pursuant to advance parole, he or she should be prepared to explain the reason for the return.

Returning to one’s country of claimed persecution may be relevant to a number of termination grounds. For instance, asylum status could be terminated based on a fundamental change in circumstances in the asylee’s country of persecution. Termination could also occur due to fraud in the asylum application such that the asylee was not eligible for asylum. Return to the country of feared persecution can, in some circumstances, be considered evidence that the asylee’s alleged fear of persecution is not genuine. In addition, termination of asylum status could occur if an “alien has voluntarily availed himself or herself of the protection of the alien’s country of nationality… by returning to such country with permanent resident status or the reasonable possibility of obtaining such status with the same rights and obligations pertaining to other permanent residents of that country.”

Accordingly, an asylee or a lawful permanent resident who obtained such status based on a grant of asylum status may be questioned about why he or she was able to return to the country of claimed persecution and, in some circumstances, may be subject to proceedings to terminate asylum status. 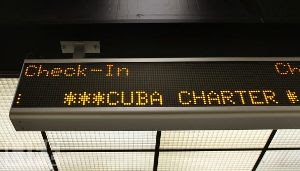