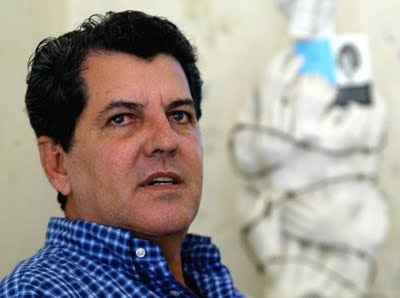 Cuban democracy activist and leader of the Christian Liberation Movement Oswaldo Payá has found himself under siege by Castro security forces. In an apparent attempt to intimidate the dissident, the Cuban dictatorship has dispatched agents to follow him and surround the hospital where he works.

Payá has issued a desperate plea for help from Cuba (my translation):

We have just received a message from Cuba. Oswaldo Payá has been aggressively followed all morning by repressive forces from the dictatorial regime of General Raul Castro and at this moment the political police is following him only a few meters away and have surrounded the hospital where the leader of the Christian Liberation Movement works. We call the international public’s attention to the increase in aggression against our brother Oswaldo Payá Sardiñas by the repressive forces of the dictatorship that has come about after many leaders, opposition activists, and dissidents have added their name to the declaration “The People’s Path.” We fear for the violent or repressive actions that the dictatorship may take against our brothers, especially against Oswaldo Payá, who right now is being pursued at his own workplace and in public streets. We place full responsibility on the tyranny for the life, well being, and any harm that may come to Oswaldo Payá Sardiñas! Enough with the violence and terror against the people of Cuba! Enough with the repression! Now is the time for liberty!