When the Castro dictatorship beats and imprisons democracy activists, its repression and brutality does not end at the prison gate. The Cuban regime routinely employs violent criminals to attack and exact physical punishment on political prisoners while they languish in the gulags. 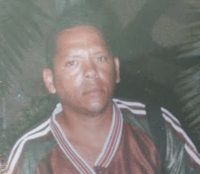 Murder has always been part of the Castro dictatorship’s M.O. so it is no surprise that the regime is using a convicted murderer to up its repression of Cuban political prisoner Walfrido Rodriguez.

The regime routinely orders, bribes, etc. “common” prisoners to target political prisoners, to retaliate for their continued activism behind bars and to keep its hands blood-free.

In Rodriguez’s case, the thugs in charge at the Combinado del Este prison outside Havana ordered convicted murderer Enrique Esquivel to attack Rodriguez. The goal, according to Rodriguez, seems to be to provoke a response that would give the authorities an excuse to file another case against him.

Rodriguez and three other activists were arrested in January while distributing anti-Castro leaflets in Havana. Convicted of “contempt” and “public disorder,” one of the four was sentenced to 3 years in prison, and the others, including Rodriguez, were sentenced to 5 years in jail.