This month, the Castro regime hosted a briefing for Latin American journalists to boast about its tourism industry.

Amongst its “successes,” it highlighted that “thirteen foreign hotel chains are in charge of the administration of 28,854 rooms total, by means of 65 management contracts with national companies Cubanacan, Gran Caribe and Gaviota.”

So when the Treasury Department issues “people-to-people” licenses to Abercrombie and Kent, and other similar travel providers, that offer “exclusive accommodations at Cuba’s best hotels” (11 days for $4,325 per person) — they are directly contributing to MINFAR’s bottom line.

Is that the intent of Obama’s “people-to-people” travel policy?

We hope not — but sadly, it’s a very real consequence. 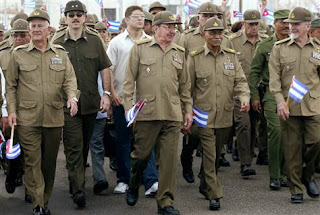