It seems to be a recurring theme among many of the international companies that partner up with the Castro dictatorship; they like to do business with both the Castro regime and the exiled victims of their tyranny. Perhaps they believe the blood that covers every dollar they make as partners of the murderous and brutal Castro brothers can be washed clean by the money they make in Miami off the Cuban exiles.

Company with Miami link to manage golf hotel in Varadero

General Hotel Management Group Ltd., a British Virgin Island-based company with offices in Singapore and Shanghai, agreed to manage a beachfront hotel in Varadero, the developer of the hotel said.

GHM Hotels’ flagship property is The Setai in Miami Beach; the company manages hotels in politically sensitive countries such as North Korea and Myanmar.

GHM, according to London-based Esencia Group, agreed to manage and operate a boutique hotel and spa planned by Esencia to go up as part of the Carbonera Golf and Country Club. GHM will also operate the rental of concierge-service villas in the gated community that will be located along the oceanfront and a lagoon.

Esencia is in the final stages of negotiations with the Cuban government over construction of the $400 million project and expects to begin sales of units at the end of the year. 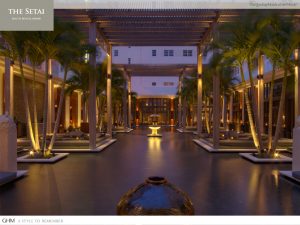 1 thought on “Making money off the victims AND the assailant”