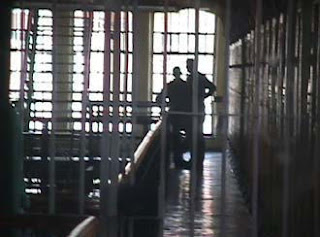 109: The percentage increase in political arrests and detentions in Cuba during the first seven months of 2011.

These are the true reforms of Raul Castro’s dictatorship, and the reality that all Cubans must live with. A reality that every single “Cuba Expert” is aware of, but one they lack the courage and intellectual honesty to admit publicly.

Group: Political arrests in Cuba rise by 109 percent in first 7 months of ’11

How much worse has the repression gotten in Cuba?

The unofficial Cuban Commission on Human Rights and National Reconciliation reported this week that in the first seven months of 2011, there were 1,978 politically motivated arrests — 109 percent more than the 946 arrests reported during the same period in 2010.

The numbers recorded and reported by the commission differ with those gathered by an independent news agency, but the story is the same:

Despite all the talk of “reform,” the Castro regime is as afraid — and as a result, as repressive — of the Cuban people as ever.

And it’s only getting worse.