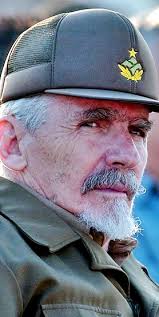 Punt de Vista is reporting that rumors are swirling around Havana that former minister and loyal Fidel confidante Ramiro Valdes has been detained and is under investigation in connection with a multi-million dollar telecommunications corruption scandal. The scandal involves Cuban military telecommunications company ETESCA and the submerged fiber-optic cable recently installed from Venezuela, which was financed by Chavez to the tune of $70-million. News of ETESCA officials being arrested for diverting millions of dollars from the project has been coming from the island for days now, and although not yet confirmed, there are apparent sources in Cuba stating that Valdes was also involved in the scandal and has been detained by authorities.

If these rumors prove to be correct, it may take months for the Castro regime to admit publicly that one of its most revered members of the Castro inner circle was involved in corruption. Or perhaps Valdes, who is in his eighties, may conveniently pass away of “natural causes” during the investigation, allowing the regime to close the chapter on his involvement without ever having to finish it.

The report (in Spanish) regarding the rumors is available at Punt de Vista.