So how good are things in Raul Castro’s Cuba? Listening to the media and “Cuba Experts,” things are just peachy. So peachy, in fact, that over 140,000 Cubans have applied for Spanish citizenship in order to escape their island paradise, with 60,000 of them already obtaining it.

Via Café Fuerte (my translation): 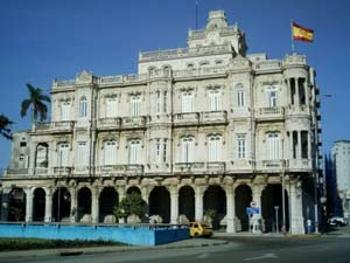 – Some 140,000 Cubans have applied for Spanish citizenship under the protection of the Historic Memorial Law, and more than 60,000 of these applications have already been approved according to diplomatic sources in Havana.

“In reality, it has been a fluid process, and very few applications have been denied,” said a Spanish consular official at the Spanish embassy to Café Fuerte.

The source confirmed that so far approximately 140,000 Cubans have applied for Spanish citizen ship under the legislation approved in 2007 and popularly referred to as “The Law of the Grandchildren.”

5 thoughts on “How good are things in Raul Castro’s Cuba?”