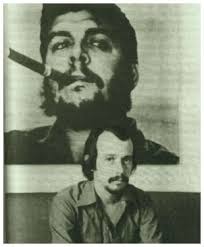 It really does not get anymore disgusting or sickening as this; Silvio Rodriguez views Fidel Castro as the founding father of Cuba and all of Latin America:

“I don’t consider myself suited to make a judgment on Fidel, but in a few words I can say what I think. Fidel is the direct descendent of all the great Latin American heroes who have struggled for our independence and the independence of Latin America, and to make all of Latin America a single homeland. In Fidel you have the Araucanian warriors, the Aztecs, the Incas, the blacks slaves brought over by the colonizers to build their riches, all of the exploited, all of those forgotten by Latin American history after the conquest. Fidel is a conglomeration of all of them, and because of them he is hated, and because of that he is so slandered, and because of that so feared also. For me he is the founding father of our homeland, and one of the greatest sons of not only Latin America, but the Third World as well. He is a man also, and because he is a man, well he is a man with all the attributes that men could have. But above all, he is a great teacher, who we owe, I believe, great respect, great love, and great gratitude.”

I believe political cartoonist Lauzán portrays a much more realistic view of Fidel, the father of Cuba: 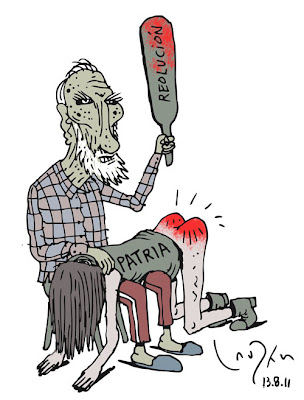