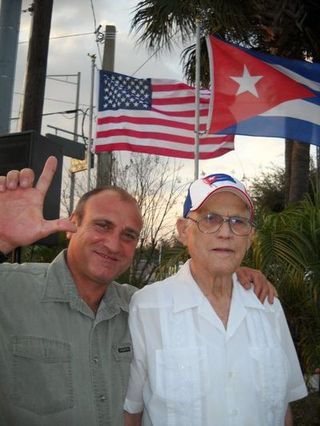 Patriotic Cubans have been resisting the Castro dictatorship since the early days of the so-called revolution. And since the day it took power, the regime has responded with countless imprisonments and murders, spilling as much Cuban blood as necessary for it to stay in power.

One such response by the regime begand 49 years ago today, with what became known as the Santa Rosa of Lima Massacre, named after the Catholic saint whose feast day is observed each Aug. 30.

In the subsequent month or so, in the days leading to the Cuban Missile Crisis, numerous Cubans who had joined in a plot to kill Fidel Castro were rounded up.

At least 75 were executed by firing squads, and even more were imprisoned.

One of the latter was Jose Manuel Rodriguez, the father of my friend Patsy Feliciano.

1 thought on “Remembering the Santa Rosa of Lima Massacre”