Apparently, Fidel Castro’s main propaganda paper Granma has had about enough of the Wall Street Journal and editorial writer Mary O’Grady. In recent weeks, O’Grady has published a series of scathing editorials exposing the Castro dictatorship and the farcical reforms they and their “Cuba Experts” are promoting. Like any cockroach that loathes being exposed to the light, Fidel has given Granma the order to attack.

Via Punt de Vista (my translation):

‘Granma’ goes off on ‘The Wall Street Journal’ 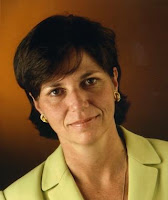 The article in the Wall Street Journal by Mary Anastasia O’Grady titled “Is Cuba going Capitalist?” has felt like a kick in the ass to the regime. So much so that today the paper Granma published an article by Manuel E. Yepe in which he attacks the journalist saying that she is “incapable” of “understanding” what happens on the island. He also went off on a tangent about capitalism, saying the system is “ignominious.” Accordingly, the article is titled “Cuba already suffered under capitalism,” and contains a photograph of a shanty town in an undisclosed location.

The article reproaches O’Grady for saying that the changes in Cuba are really meant to tax the black market, and the author of the articles says that according to them, there is also a huge black market in the United States. Yepe states that the American journalist “can never understand, let alone explain” the changes that are taking place in Cuba, which according to him, the majority of the burden is not placed on the impoverished because they are looking to protect “the conquests of the people through the Revolution.”