Iran, Hezbollah and an American Hostage (in Cuba)

Shortly before, Italy’s Corriere della Sera reported how the Iran-backed terrorist group Hezbollah has set up an operations center in Cuba to launch attacks on Israeli targets in South America.

All the while, an American development worker, Alan Gross, continues to be held hostage (just ask former New Mexico Governor Bill Richardson) by the Castro brothers for helping Cuba’s Jewish community connect to the Internet. 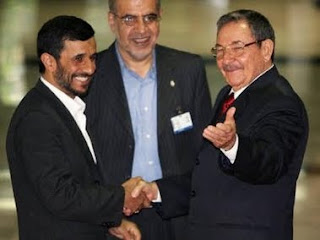