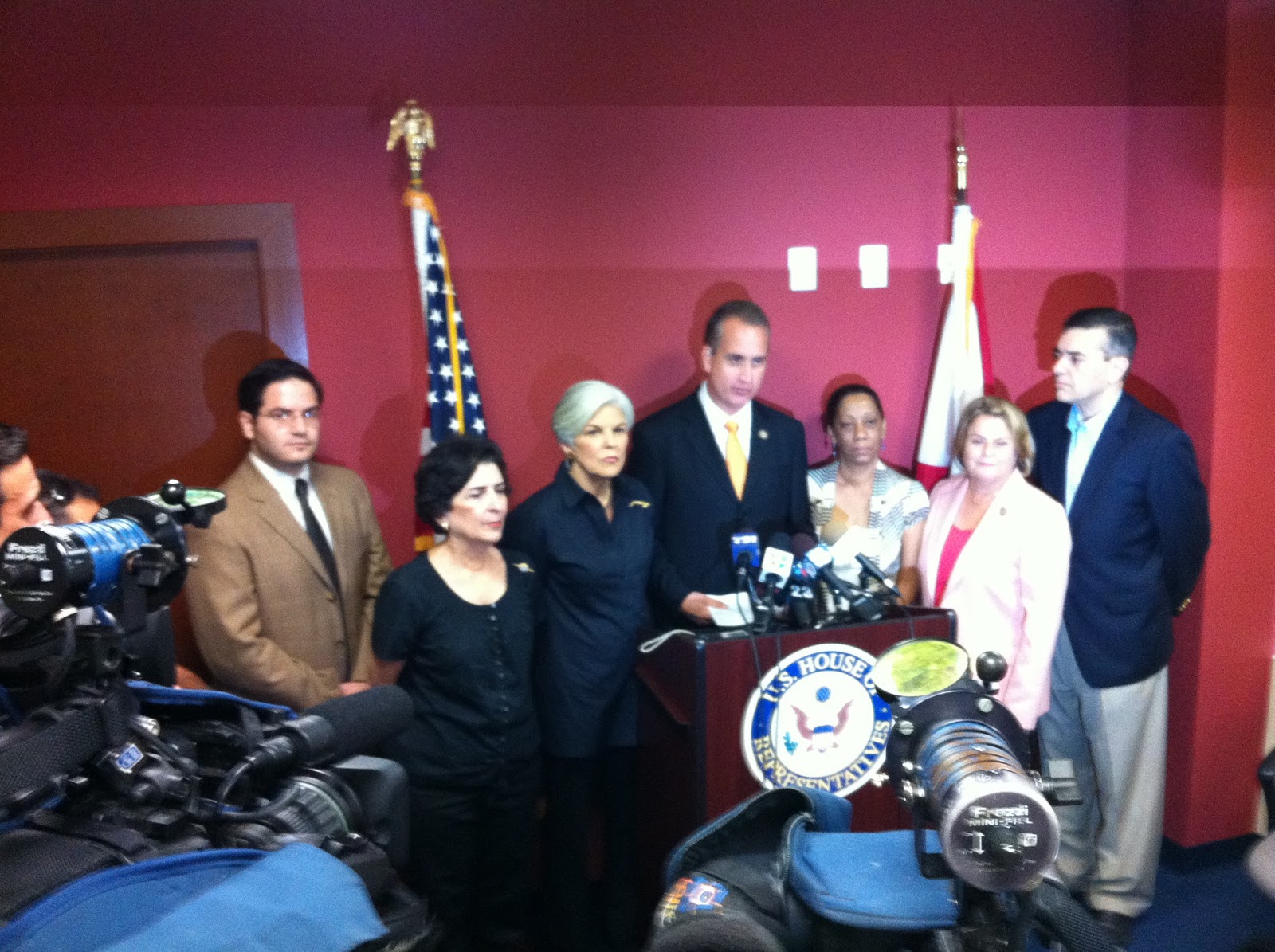 Yesterday afternoon, South Florida representatives Ileana Ros-Lehtinen, David Rivera, and Mario Diaz Balart held a press conference calling for the end of the repression in Cuba brought upon the peaceful opposition in Cuba by the Castro dictatorship’s latest wave of violence, and the release of all political prisoners on the island. I was able to ask Rep. Ros-Lehtinen if the U.S. State Department was planning on issuing a statement condemning the Castro regime for its latest crime against humanity, and she responded that the time has come for the State Department to do more than issue statements.

Video courtesy of Leslie Veiga from the office of Rep. David Rivera.