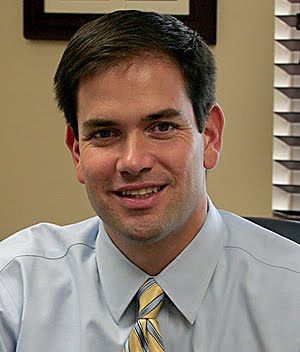 When Univision “broke” a story back in July on Senator Marco Rubio’s brother-in-law who decades ago had been arrested on drug charges, the writers did their best to sensationalize this apparent bombshell in the history of one of the Senate’s most popular members. One aspect of the story that Univision’s crack investigative team downplayed and did not pay much attention to, however, was the fact that this shocking revelation took place decades ago when Senator Rubio was a 16-year-old high-schooler. But far be it from Univision to allow such an important and pertinent fact get in the way of their carefully planned vicious and fallacious character assassination of an Hispanic politician who refuses to toe the line when it comes to their open border/amnesty immigration advocacy.

Univision’s disingenuous war on Senator Rubio did not receive much traction as most media outlets and bloggers deservedly ignored their spurious and sensationalized attack. But now we learn from the Miami Herald that Univision was not only attempting a character assassination on Marco Rubio, they were also attempting to use the threat of the attack story to in effect blackmail Rubio into appearing on one of their news shows. A show where no doubt he would be ambushed by advocates of open borders and amnesty for illegal immigrants.

The inside story: Univision’s war with Rubio over immigration, drug report

The senator’s staff and Univision insiders say the network tried to pressure him into appearing on a show by offering to soften a story about his brother-in-law.

Days before Univision aired a controversial story this summer about the decades-old drug bust of Marco Rubio’s brother-in-law, top staff with the Spanish-language media powerhouse offered what sounded like a deal to the U.S. senator’s staff.

If Rubio appeared on Al Punto —Univision’s national television show where the topic of immigration would likely be discussed — then the story of his brother-in-law’s troubles would be softened or might not run at all, according to Univision insiders and the Republican senator’s staff. They say the offer was made by Univision’s president of news, Isaac Lee.

But Lee said in an email to The Miami Herald that any insinuation that he offered a quid pro quo was “incorrect” and “defamatory.”

In a written statement Friday, Lee said: “With respect to Senator Rubio, Univision covered the story in the same objective, fair manner we cover every significant story. Univision did not offer to soften or spike a story…we would not make such an offer to any other subject of a news story and did not offer it in this case.”

Rubio never appeared on Al Punto, a national political affairs program broadcast on Sundays. Univision aired the story about Rubio’s brother-in-law, a lower-level player in a 1987 coke-and-pot ring, on July 11.

“I always knew Univision to be a professional organization until this happened,” said Rubio, who won’t comment specifically on the case.

Earlier in the year, Rubio’s office had planned to have a Miami Univision reporter follow him around Washington, D.C. — but Univision’s higher-ups scotched the idea as they tried to persuade Rubio to appear on Al Punto.

On the night of July 5, Rubio received a call from his sister, Barbara Cicilia. She was distraught. A Univision reporter had called her about the arrest and incarceration of her husband, Orlando Cicilia, in the 1987 federal bust called “Operation Cobra.” Rubio was 16 at the time. Before Rubio was elected to his first legislative seat, in 2000, Cicilia was cleared for early release.

On July 7, Alex Burgos, Rubio’s communications director, and Rubio’s political advisor, Todd Harris, held a 45-minute conference call with a handful of top Univision editorial staffers, including Lee, the news chief who handled most of the discussions for Univision. Harris represented Rubio as Burgos took notes. Rubio was not on the call.

Toward the end of the conversation, Lee brought up Ramos’ show and suggested the drug-bust story could change — or not run at all, according to Harris and Burgos’ notes.

Said Harris: “You’re saying that if Marco does an interview with Ramos, that you will drop this investigation into his family and the story will never air?”

Lee, they say, responded with this statement: “While there are no guarantees, your understanding of the proposal is fair.”

In his statement to The Herald, Lee disputes that. He said “various” people were on the call with Rubio’s staff for what he said was an “off-the-record discussion” about the story, including two of the network’s “top internal legal counsels.”

Rubio and his office initially refused to discuss any aspect of the story with The Herald. But after Univision insiders spoke about the story, Rubio and his staff agreed to speak on the record.

The Herald obtained letters from Rubio’s office to Univision in which Burgos denounced the story and reporting as “outrageous” and “tabloid journalism.” Rubio’s office confirmed their authenticity and later furnished a follow-up letter from Lee in which he again mentioned Al Punto and another show, Aqui y Ahora.

But the Univision sources, with knowledge of the discussions, affirmed Harris’ version of events.

“We were stunned,’’ one Univision executive said. “Can you imagine how embarrassing it is?”