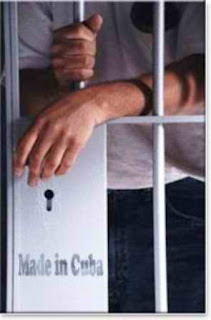 Ten political prisoners awaiting trial in the Aguadores prison in Santiago de Cuba are threatening to start a hunger strike if conditions in the jail do not improve.

The 10, who were arrested last month, have complained of a lack of water, overcrowding and inadequate medical care. To protest, they have decided to reject food provided by their authorities, and instead rely on what they already have. Once that’s gone, they will go on hunger strike, according to a story from Cubaencuentro.com.