It looks like the efforts to reform U.S. funding of the United Nations are turning into a significant showdown between two of the most powerful women in Washington — President Obama’s state secretary, Hillary Clinton, and the chairwoman of the House Foreign Affairs Committee, Ileana Ros-Lehtinen. This came into focus during a hearing Thursday at which the Foreign Affairs Committee approved — by a wide margin and over Mrs. Clinton’s objections — a bill that would give America much more say over what, if any, United Nations programs it underwrites. 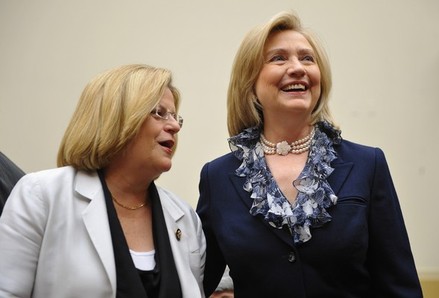 1 thought on “Hillary vs. Ileana”