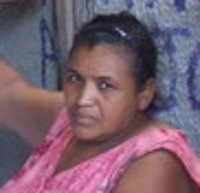 SUPERPOLITICO reports that another Lady in White has fallen desperately ill after suffering a mysterious injection and will have to go to the hospital today. The health of Rita Maria Montes de Oca began to deteriorate quickly after someone injected her with what felt like a hypodermic needle during a violent Act of Repudiation by Castro regime led mobs on her and her fellow Ladies in White. Since the incident, Montes de Oca’s health has gotten worse by the day. And now, she and her family feel they have no choice but to admit her into the hospital.

The vile practice of injecting opposition activists during acts of repudiation has been documented all the way back to 2009. Other activists, including Laura Pollan who recently died from an unknown illness, have complained of being punctured with needles and other sharp objects during regime sponsored attacks.