The Castro dictatorship’s repression of the peaceful democracy movement in Cuba continues unabated. The regime’s State Security apparatus and its scores of thugs are unrelenting in their violent attacks against opposition activists who dare to defy the totalitarian dictatorship. 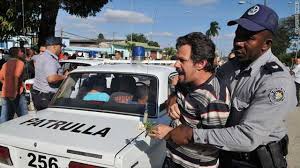