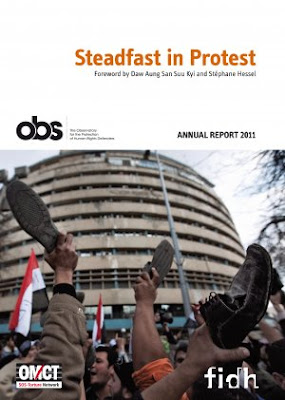 The International Federation for Human Rights and the World Organization Against Torture’s 2011 report titled “Steadfast in Protest” is available HERE.

An excerpt regarding Cuba:

In 2010 and 2011, the human rights situation in Cuba continued to be worrying and precarious and the Cuban Government remained hostile to any criticism at the national or international level. Within Cuba, political opposition and more generally, freedoms of expression, peaceful assembly and association, continued to be strongly repressed using force, judicial harassment and arbitrary detention.