We’ve read the recent articles published in the Washington Post casting aspersions on the “exile” status of Senator Marco Rubio from Florida. Most of the Post staff have unabashedly besmirched the reputation and achievements of Cuban-Americans.

It’s ironic, however, how the Post staff is overwhelmingly sensitive when they become the target of criticism.
Following is the write-up by a Post defender when I went after Eugene Robinson of the Post editorial staff for his leftwing lunacy on Cuba. Not only did he go after me, but he took a stab at the Babalublog staff.

The Post defender questioned whether I had any “class.” Class?! The majority of the Post staff has no clue what “class” means. If you don’t believe me, take a look at the cartoons depicting Cuban-Americans that the Washington Post published in the past. 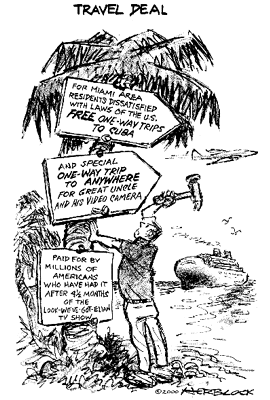