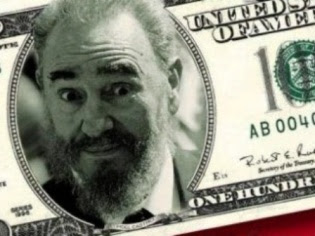 For more than five decades, the dictatorship of the Castro brothers has incessantly looked for financial benefactors to finance their repressive regime and enrich themselves. After quickly destroying the vibrant economy of Cuba, the murderous brothers have had their hand out in perpetuity, begging and pleading for free dollars. Seeing the “bailout” that Greece is about to receive, Raul Castro is now begging the EU for a slice of that free pie.

Via El Nuevo Herald (my translation):

The government of Cuba said today that it was “commendable” that Europe would rescue Greece from its debt, but questioned why the countries of that continent had not taken into consideration the countries in Latin America.

“In our opinion, it is commendable that everyone is helping Greece with their debt, but it is unpardonable that they are not helping with foreign debt (in Latin America),” said Cuban minster Bruno Rodriguez during the XXI Ibero-American Summit.