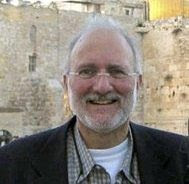 According to a rabbi who recently was able to visit with Alan Gross in Cuba, the American hostage  being held for ransom by the Castro regime said he wanted the U.S. to trade the five Cuban spies being in the U.S. in exchange for his release. When you think about how the Obama administration has completely misplayed this hostage situation, can you really blame Gross for wanting this? After almost two years of incarceration, his wife and daughter battling cancer at home, and the loss of 100 pounds of body weight, Gross is feeling more helpless and desperate than ever. I can only imagine the exasperation he must feel watching the U.S. State Department attempt to secure his release by sending flowers and chocolates to the Castro dictatorship.

By now, Alan Gross knows about as well as anyone that the Castro regime does not respond to niceties. Instead, they only respond to two things: pain and pleasure. Either of those two will secure the release of Alan Gross. Pleasure would come through the release of five Cuban spies who were part of an operation that resulted in the murder of four innocent men. And pain through the myriad of tough and meaningful diplomatic, policy, and legislative options the U.S. has in dealing with rogue regimes.

Unfortunately, this administration has its hands tied. They will not take the political risk of releasing convicted foreign spies who took part in the murder of innocent Americans, and neither do they have the stomach for inflicting diplomatic pain on the Cuban dictatorship. So instead, they continue to send flowers and chocolates to Havana.

That plan will never work, and a desperate Alan Gross is aware of this. To paraphrase comedian Chris Rock, “I’m not saying I agree with Alan Gross on this plan, but I understand.”

4 thoughts on “American hostage in Cuba, Alan Gross, wants to be swapped for 5 Cuban spies”