An interfaith group participated in a vigil for Alan Gross, the American aid worker being held hostage by the Castro dictatorship. The group held the event in front of the Castro Interests Section in Washington D.C., and promises to continue holding a vigil every Monday until Alan Gross is released.

Vigil for Contractor Jailed in Cuba 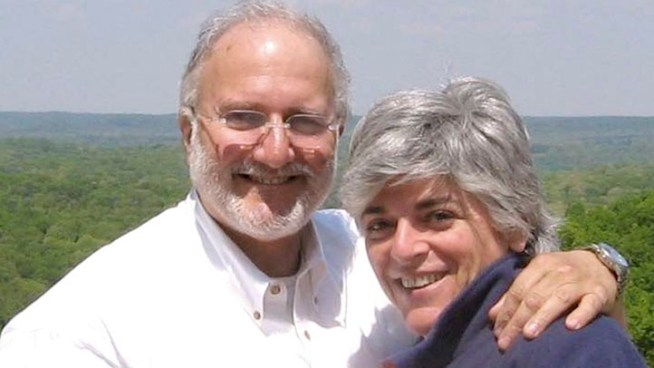 A group representing hundreds of synagogues across the region is pushing for the release of a Potomac, Md., man jailed in Cuba.

He was accused of promoting political dissent by taking illegal computer equipment into the country. He was sentenced to 15 years in prison.

Gross and his attorneys said he was only trying to take the internet to Cuba’s Jewish community.

Monday, an interfaith group held a vigil outside the Cuban Interests Section asking for Gross’s release. The group plans to hold a vigil every Monday.

“Alan has been a humanitarian and development worker for over 25 years,” said Clark Lobenstine, executive director of the IFC. “This cause is important to the interfaith community and all people of conscience. It is time for the Cuban leadership to let him come home.”

1 thought on “A vigil for Alan Gross held yesterday”