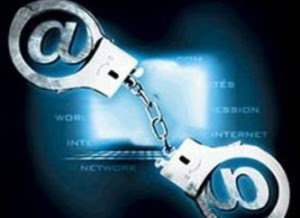 In a closed totalitarian society, the most dangerous enemy is information. Because of this universal truth, the Castro dictatorship has done and continues to do everything it can to control and block the free flow of information in and out of the island. With the explosion of the internet, however, blocking unfiltered information has been an especially difficult task for the Cuban regime. And since information is the enemy, and most of that information is coming from the U.S., naturally, that makes the U.S. an enemy.

HAVANA — Cuba accused the United States on Monday of enabling illegal Internet connections in its territory and said several people were arrested in April for profiting from the wireless networks.

The official communist party newspaper Granma said those arrested, who were not identified, “had for some time and without any legal authorization, been installing wireless networks for profit.”

Using satellite connections to the Internet and equipment that was either stolen or brought to the island illegally, they set up a service to receive international telephone calls that bypassed the state telephone monopoly ETECSA.

“This activity is financed by the United States, which is where the necessary means and tools come from, evading the established controls,” the newspaper charged.

Cuba has restricted access to the Internet, giving priority to universities, research centers, state entities and professionals like doctors and journalists.

Because of the US embargo, Cuba cannot connect to the underwater fiber optic cables that pass near the island, leaving satellite connections with high rates and narrow bandwidths as the main option available to Cuban Internet users.

I placed bold emphasis on the last paragraph cited because it is wildly and unbelievably inaccurate. As Notes from the Cuban Exile Quarter points out, the U.S. embargo against the Castro dictatorship has nothing to do with Cubans being denied access to the internet:

President Obama on April 13, 2009 directed the Secretaries of State, Treasury, and Commerce to take the needed steps to: