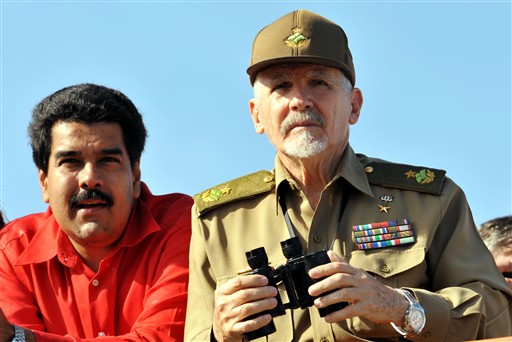 Jerry Brewer reports on Cuba’s spy apparatus and its nefarious involvement in Latin America at MEXIDATA.INFO:

To effectively monitor aggression, interference and other forms of insurgency within their homelands, democracies throughout the Americas must immediately address their governments’ counterintelligence missions.

Cuba’s Intelligence Directorate (DI), formerly known as the Dirección General de Inteligencia, or DGI, has been and remains a contingency of very well-trained, organized and financed agents of covert and hostile espionage throughout the Americas and elsewhere.

The Cuban DI is responsible for all foreign intelligence collection. The 40-year history of the nefarious operations of the DI has included active involvement in aiding leftist and dictatorial movements in Latin America, Africa and the Middle East.

With Castro’s recent subterfuge of renaissance into quasi-capitalism and a modicum of professed freedoms – one for the decades, many people are demanding that the U.S. trade embargo, in place since 1960, be lifted.

The truth is that Cuban espionage has been linked to villainous associations with the Chinese and Iranians, as well as with Venezuela. As well, a report from the U.S. Defense Intelligence Agency indicates that Cuba has been expanding intelligence operations with others in the Middle East and South Asia.

Cuba has trained thousands of communist guerrillas and terrorists, and has sponsored violent acts of aggression and subversion in most democratic nations of the southwestern hemisphere. U.S. government studies within the intelligence community documented a total of 3,043 international terrorist incidents in the decade of 1968 to 1978. Within that study, “over 25 percent occurred in Latin America.”