It is a well documented history the media turns a blind eye to and one “Cuba Experts” obfuscate, but a historical fact nonetheless. No amount of blindness or dissimulation can conceal the true vileness and criminality of the Castro dictatorship. The same Castro regime who we are now asked to believe are reasonable and worthy of respect, is run by the same individuals who in 1958 called for the execution of all Cuban electoral candidates and voters who dared to defy their “revolution” and participate in the elections scheduled to take place in November of that year. 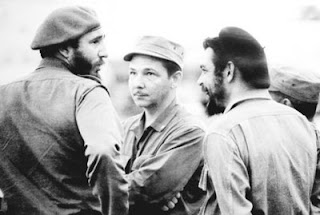 1958: Death to candidates and voters

October 10, 1958
On October 10th Castro decreed Revolutionary Law Number 2 from the Sierra Maestra, ordering the boycott of the elections and serving a death sentence or ten years prison term for all who participated in the elections in any way, including voters, campaign workers or candidates. It was not an idle threat. Carlos Márquez-Sterling barely survived an attempt on his life. Others were less fortunate, including Anibal Vega (Free Peoples Party) and Nicolás Rivero Agüero (brother of the Government party Presidential candidate) who were both assassinated. Castro further announced his orders that citizens in line at polling places should be machine gunned to death.

III. Any political agent who dedicates himself to the corrupt system of collecting voters’ registration cards will be tried by a summary court-martial and executed on the spot.

IV. The candidate to any elective post who may be captured in the zone of operations of the free territory will be tried and condemned to a penalty that may fluctuate, in accordance with the greater or lesser degree of responsibility, from ten years to the death sentence.

V. In the urban zones the death sentence may be executed against the guilty either by the rebel troops or by the militia operating in the towns and cities.

4 thoughts on “Death to candidates and voters”